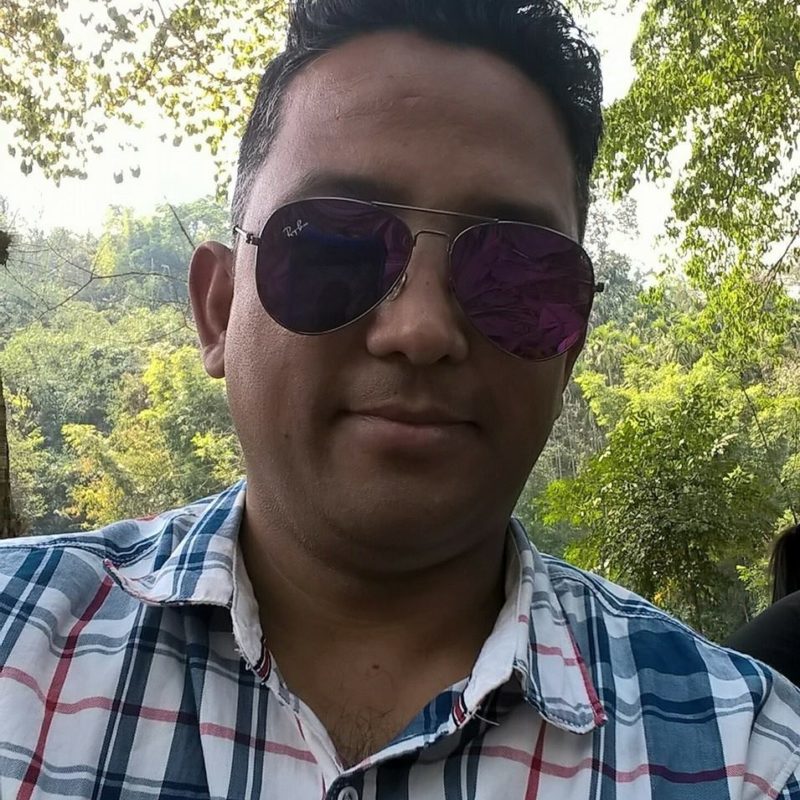 Reuben has been working with Drop Inn for the last five years in Nepal, West Bengal, India and Bangladesh. He was instrumental in the recovery work following the 2015 earthquake in Nepal.

Much before the earthquake in Nepal, the Lord had been impressing Reuben to move back to India o nly this time it would be at the Indo-Nepal border, a city called Siliguri in the state of West Bengal. Siliguri is a city that shares its border with three nations – Nepal, Bhutan and Bangladesh. Contrast to Kathmandu and much of Nepal’s beautiful Himalayas, mountains, lake, the flora and the fauna and pleasant weather, Siliguri is just the opposite – flat, hot and very humid. However, the Lord had a plan in sending

Reuben and his family to this place. Siliguri is a very strategic place in terms of reaching out to the nation. This city connects the 8 northeastern states of India with the rest of the country. Hence it provides great and easy access and connectivity in reaching out to not only the various language groups and tribes in India but also in continuing to minister in Nepal and also in reaching out to Bhutan and Bangladesh.

The Church in Salbari

After coming to Siliguri Reuben was basically involved in preaching and teaching ministry besides traveling to churches in the Northeastern states of India and also in visiting a church in Bhutan. However, the Lord had been gently prompting him to start a church where he lives. And now it’s been five months as a church where about 15 or more people gather every Sunday to fellowship together and to worship the Lord.

Beside the Sunday fellowship, they also meet every Tuesday evening in Reuben’s house for Bible study. They’ve recently finished studying the epistle of Ephesians and are now starting with the Gospel of Luke. Every Saturday during late morning hours they also meet for a time of prayer and intercession.

Hope for the Addicts and the Alcoholics

Through a divine arrangement the Lord also opened a door for Reuben to work among the drug addicts and alcoholics in a rehab center located just at the roadside in his area. This rehab is actually run by non- Christian group. The staffs however, recognized the need of Bible classes for these men to help them in their recovery process. So every Thursday evening for over four months now Reuben’s been visiting them, teaching and encouraging them from God’s Word. The manager of this center shared that some of the men had actually come up to him to share with him how their lives were being changed through this Thursday Bible classes. During one Bible class some of the men also gladly testified that the Thursday meeting is actually the highlight of all their week long activities. There are about 40 of them and all have been given a NT Bible (Gideon) in their own respective languages.

Spiritual Harvest among the Adivasis

The Adivasis in North Bengal are a tribal minority group mostly working at the tea gardens and also involved in other menial labor like road and building construction works, etc. They live separately among their own communities since they’re often victims of social discrimination and caste system. Th ey’re simple and humble people and involved in their own particular set of Hindu/​tribal religion. Their ovens are made of mud in which they light up firewood for cooking. They worship what is known as the ​“oven god” with the hope that this particular god would provide food for them. Many of them are also Catholics but their lives are no different from their counterparts belonging to tribal religion. Men mostly spend the evenings in drinking and gambling.

After coming to Siliguri, India from Nepal Reuben had the desire to work among this community and he shared his idea with some brothers who’re already in the ministry here but nothing materialized then. But this year and in the Lord’s good timing He opened the door for him to work in their midst through a couple belonging to this very (Adivasi) tribe who’re working among their own communities, evangelizing and planting churches. This couple had started three churches among their tribes in three different places in a region which is far away from Siliguri and close to the Nepal border. Reuben is actively helping the couple in leading and pastoring these churches.

Drop Inn continues to support the work in Nepal and Siliguri through Reuben and his family as he continues to reach out to the various tribes and nations in making disciples and raising leaders for the work of the Kingdom and in bringing hope to those in various kinds of bondage with the Gospel of salvation.