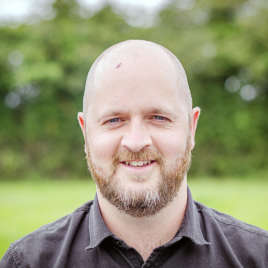 This article is over a year old

Albania was struck by a strong 6.4‑magnitude earthquake on 26 November 2019. It is reported the earthquake lasted 52 seconds and was felt in Albania’s capital Tirana, and in places over 220 km away.

52 people lost their lives in the earthquake, with about 3,000 injured and many more left homeless.

As we communicated with our dear friends living in Albania, our immediate response was to send a team of 6 people to visit some of the sites most impacted by this devastating earthquake. It was also our hope that we would be an encouragement to the church leaders we spent time with, as they too were making their own immediate response to offer the hope of Jesus in the middle of genuine hopelessness.

We spent a morning in a little village called Bubq, distributing hampers of food and supplies that we were able to purchase with the donations that had been made in Northern Ireland and beyond.

We stood with elderly people who had spent decades building home with the little they had and it was all destroyed in less than a minute. They are now living in refuge tents supplied by the UN and are overwhelmed as they contemplate what the future now looks like.

Other families told us of the near misses they experienced as parts of their home began to fall in the bedrooms where their young children were sleeping.

We returned home realising these families need people who will stand with them for the long haul. The immediate need is real but we want to partner with the church in Albania in the longer journey of rebuilding homes and restoring hope.

One of the volunteers on the ground, who has effectively put his life and job on hold to move in among the people told us it was​‘his love for humanity and his refusal to stand by and watch them suffer’ that had caused him to respond in the way he has.

Life came into being because of him, for his life is light for all humanity. And this Living Expression is the Light that bursts through gloom — the Light that darkness could not diminish!